Get free educational resources straight to your inbox.
Sign Up now for a free kindness poster for your class or home!

What Teachers Say About
Our Educational Products!

Your resources will open the eyes and ears of my students as they will be filled with KNOWLEDGE about these outstanding people in history! Thank you can't express my heart in having you share these resources so that my students will be aware of what "is" because of the people who are so much part of history that no textbook has addressed in such a great format.

During a child's developmental years we all look for good and bad personality traits that can help define a child's character. Children usually display both good and not so good character traits within their personalities.

We can usually see the character of a child through their actions, especially their interactions with children around them. So if you want to learn the character traits of a child, try observing how they interact with others. Here are some tips for recognizing traits with kids.

You can learn and recognize the character traits for kids if you observe their interactions, specifically how they react with:

Character education is the instruction of moral and ethical values. This includes parents and teachers teaching children character traits that will help them become moral adults. Qualities such as kindness, respect, responsibility, and caring are the common traits taught in today's character education programs and curricula.

To learn more about personality traits, try reading about the big five traits.

Here are some BFF quotes (best friends forever) from some of our character building short stories. Enjoy them and feel free to use them as starting points to teach character to young learners.

"Barkley, you don't have to be a girl to be my BFF, you just have to be my best friend forever!!!"
- by Sweet Sadie Mae

"Sweety a BFF (best friend forever) doesn't get you in trouble. A best friend is supposed to keep you out of trouble."
- by Aunt Sharie

"Not so rough Sweet Sadie Mae, if Barkley's suppose to be your BFF, you have to treat him a bit nicer than you do."
-Sweet Sadie Mae's Dad

"Barkley, it's ok for your best friends to tell you if you're wrong. That's what best friends are for."
- by Sweet Sadie Mae

"If she's your BFF why did she say those mean things about you online? You have to do a better job at picking your friends Heather."
- by Heather's Mom

Hope you enjoyed these quotes, feel free to use them in your learning environment, and if you do, please let us know in the comments.

Good Quality Character Traits Every Kid Should Have

As parents, grandparents and caregivers, there are numerous quality traits that we want our children to have. In this article, we’ll talk about five important character traits that are essential for kids to have. These are great traits for children to learn during their character education learning.

Having self-control over one's mind and body is a great trait for children to have, because it keeps them from making hasty or impulsive decisions. Children and adults who have the ability to stop and think, instead of reacting emotionally or impulsively, in tough situations, exhibit good self-control.

An Example and Benefit of Self-Control in Children

A 10-year-old and a 5-year-old are playing, and the 5-year-old punches the 10-year-old. The first impulse of the older child may be to hit back. Instead, the 10-year-old stops and thinks, “Hey, this 5-year-old is much smaller than me and doesn't know that when he punches me, it hurts. So I’m not going to retaliate by hitting him back.” In this case, the older child has exhibited good self-control, because he thought about the consequences instead of responding on pure impulse. Practicing self control can prevent many bad situations like from occurring.

When we talk about courage as a character trait in children, we're not talking about the courage to fight off three bullies. We're talking about actions that seem small to us as adults, but are big in children's lives. Courage for children comes in very different ways.

Why is Courage Important for Children?

Courageous children are able to carry out sometimes difficult actions, such as:

Having courage can arm children with the tools needed to make decisions that can greatly improve their lives. A seemingly little thing like having the courage to say no to a dangerous activity could potentially save another child’s life or their own.

An Example of Courage in Children

A child is hanging out in the neighborhood with a group of friends, and one of them says, “Hey, it would be cool to go play on the train tracks.” The other kids agree and proceed to go play on the tracks. Instead of following his/her friends, the child decides, “Playing on the train tracks is dangerous. Even if my friends are doing it, I'm not going to do it.” Children who are able to make similar decisions have courage, which can help keep them out of harm’s way for years to come.

Having kindness, and the ability to show it, is another great character trait that children should have. Kindness includes the quality of being friendly, considerate and generous to other people and the environment.

It’s important for children to learn and practice kindness, because children who are kind to others, and the world around them, are more likely to continue this behavior as adults.

An Example of Kindness in Children

When a child falls or gets hurt, and a classmate asks, “Are you alright?” and helps pick him up, that classmate is showing kindness. Children who have the ability to show kindness, grow up to be adults who are more likely to continue showing kindness to others..

Respect, or having high regard for someone or something, is another great character trait for children to have. Respect is often earned from or demanded by others.
When children are able to have and show respect for others, they’re more likely to listen, follow directions and be disciplined.

An Example of Respect in Children

Having respect for a teacher/parent allows children to be obedient, even if they disagree with or do not understand what is being asked of them.

Love is hands down the most important character trait for children to have. While the formal definition of love is “an intense feeling of deep affection,” we know that definition cannot sum up what love is.

Love is intangible and cannot be taught, from a book like other school subjects, but children can learn what love is through positive experiences with parents, family and friends. Childhood experiences can greatly affect how children treat others and themselves as adults.

Children can learn and experience love when:

Children often learn by imitation; therefore, children who are often surrounded by love are more likely to love others and themselves. Love helps children improve their ability to build healthy relationships as adults.

An Example of Love in Children

A group of children are playing together at the park. An unpopular kid (but the best friend of one of the children) attempts to join the fun. A couple of kids decide to make malicious jokes about the unpopular kid, but one kid (the best friend) decides not to join in on the jokes. He understands that joining in on the jokes, about his friend, is not the way to show his friend love.

Let’s review the five quality character traits for children to have:

Situations where these traits are handy are prevalent in our children’s daily lives. Helping your child develop these quality character traits during their developmental years will prepare them to become respectful, caring and kind adults.

In the comments section below, feel free to share other character traits that you believe are ideal for children to have.

Free Kids Games What Would You Do?

A great game to play with kids is SSM What Would You Do?™ In this game, kids read or listen to a SSM What Would You Do story and at the end they answer the question "what would you do?". This is a great scenario game, and a easy way to start understanding how children would handle certain character challenging situations.

As a parent or educator, you'll not only obtain an understanding of how your child will handle situations, you'll also have the opportunities to correct their potential behavior if their answers reveal undesirable behaviors.

Enjoy these two free stories below, and use them to play the SSM What Would You Do™? game.

What Would You Do? Game Directions

Directions: Read or listen to the stories below and have the learner answer the question What Would You Do?

Be sure to probe kids answers and ask them "why" and to explain their answers.

If you use this game, let us know and give us a shout on Twitter at @mySweetSadieMae

More information about What Would You Do?™ Original Stories.

When looking to help your students protect themselves against bullying and to help them talk to their friends about bullying, you can use the anti-bullying quotes below.

As educators and human beings, we know that bullying and harassment can be intimidating and harmful, but preparing our children with some facts about bullying can help them begin to understand why bullying is wrong.

Here are some Sweet Sadie Mae & Friends character quotes about bullying from our original stories featured on the Character Corner.

Enjoy, and please let us know if they helped you or not. 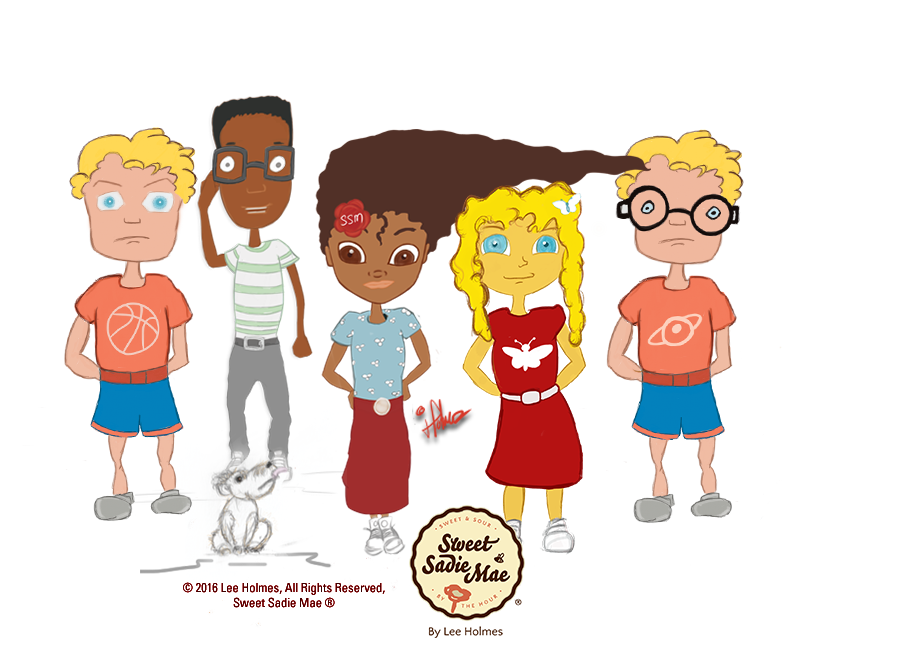 - "Why are you bullying me? Just be cool with me, and then we can be friends."​
Author: Bobby

- "Grandma said bullies are like colds. Nobody wants one."​
Author: Sweet Sadie Mae

- "If you're a bully, you should feel ashamed of yourself."
Author: Joy

- "Barkley, no one should try to make you feel bad about yourself."
Author: Sweet Sadie Mae

- "If you teased someone until they frown, then you're a bully."
Author: Joy

- "Do you know bullying is wrong? Your grandmother would be ashamed of you!"
Author: Sweet Sadie Mae

- "Barkley, those bullies are jealous of you, because you're smart and you have character!"
Author: Sweet Sadie Mae

We hope the quotes above help you in your goal to teach kids about bullying and how to address bullying.

Give us a shout @mySweetSadieMae to let us know if the anti-bullying quotes were helpful.

The Sweet Sadie Mae Character Corner ® contains online books, stories, did you know facts, biographies and other content to help educators provide children with the character building tools to make the right decisions, all while improving ELA skills. Music: bensound.com